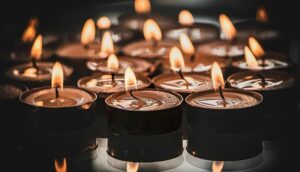 In the last several decades, cremation has become more common. There has been a recent shift in perspective, with some people now seeing cremation or other methods of corpse disposal as a viable replacement for the more commonplace funeral service. We wonder whether you’ve ever stopped considering that idea’s origin. What preconceptions did people have about cremation, and how have they changed through time? Cremation services in Burnsville, MN offer the following history of cremation. Don’t hesitate to contact us without delay if you need assistance planning a cremation service for a loved one who has passed away.

The debate on where cremation came from is far from settled. Crematoriums were first built in Europe and the Middle East about 3000 B.C., according to studies by CANA (The Cremation Association of North America). Since skeletal remains have been unearthed from a wide variety of ancient cultures, we know that cremation was a standard part of the burial ritual in most of those communities.

In India, cremation has been a standard procedure since the early 20th century. In the beginning, there was genuine excitement, and that feeling has persisted throughout time. The ancient Romans also used urns to hold cremated remains.

In 1913, about 10,000 people a year were cremated in the United States and Canada. Modern cremation methods didn’t emerge until a little over a century ago. Due to the widespread influence of environmental and economic worries on North American popular culture, cremation is a growing trend throughout the continent.

People in the West and elsewhere have increasingly opted for cremation since the 1980s. Several causes may have contributed to its growth, including price, environmental concerns, innovation, religious beliefs, and other motivations. More than nine thousand cremations were performed in the United States in 2009, and this figure has consistently risen.

Many different kinds of cremation practices have emerged in the modern day to accommodate the great diversity of beliefs and rituals individuals have for the final disposition of the ashes of a departed loved one. Direct cremation, green or environmentally friendly cremation, cremation using fire or water, and many more methods exist.

Direct cremation is often utilized since it is inexpensive and straightforward. Several factors contribute to the widespread use of this cremation method. This method of cremation is relatively cheap when compared to others. When there is nothing else to do while waiting, the amount of time spent doing so is small.

The last steps only take a few hours, and all necessary paperwork has been filed. However, the time required may vary depending on several variables, including the kind of cremation service used, the deceased’s weight and height, and a few others.

The Mayo Clinic inspired the groundbreaking technique of “green cremation,” which is now offered publicly. Green cremation has replaced the more vicious and environmentally irresponsible approach of traditional cremation over an open flame. Like a typical cremation, the ashes are collected and returned to the family. In contrast, the Green Cremation process is the most eco-friendly since it does not include the use of open flames.

Using flame and heat reduces the body to bare bones in the “conventional” flame-based technique. Traditional cremation refers to this practice. Combustion may be thought of as having two phases. Primary combustion involves the release of gases from the breakdown of organic matter and even some of the components of the container) before any combustion takes place. 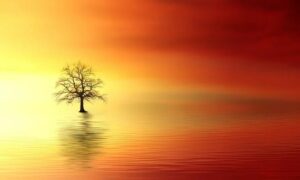 Aquamation, also known as alkaline hydrolysis, is a method of cremation that does not include the use of fire. The rotting corpse is heated to around 150 degrees Celsius for about three to four hours after being placed in a pressurized metal cylinder with water and a strong alkali-like potassium hydroxide.

Those needing cremation services in Burnsville, MN should not delay contacting a local business if they have more inquiries. 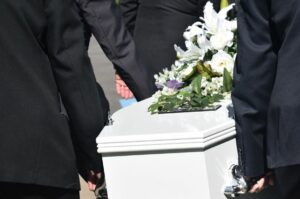 When it comes to planning a funeral, there are some aspects of the planning process that will garner more attention than others. One of those aspects is the casket. When it comes time to pick a casket for either yourself or a loved one, you want to make sure that you are picking a casket that you feel is the best choice for you or your family member. You should make sure that it is the right size, color, and weight, and that it is within the price range that you have set for yourself. Luckily, for anyone looking for a casket, there are numerous options that you can choose from. If you and your family are in the process of planning a funeral, and you need help with choosing the right type of casket, you can contact cremation services in Savage, MN. They would love to help you with everything you need!

What To Know When Picking A Casket

When it comes time for you to select a casket, you should go in knowing what you are looking for. This includes how much you are willing to spend, and whether or not you want a casket made of wood, metal, or some other material. Having these things in mind will make the process of selecting your casket a little bit easier.

The cost of the casket that you select for yourself, or a family member, will be directly connected to where you are purchasing the casket, the material the casket is made from, and the color. You can discuss how you will pay for the casket when you are at the point of purchasing it.

The Common Types of Caskets

Be it movies, shows, or some other type of entertainment, we have all seen caskets before. But what many people may not know all the intricate details that caskets have. Below is a list of some common caskets, as well as some not-so-common caskets that you could possibly choose from. 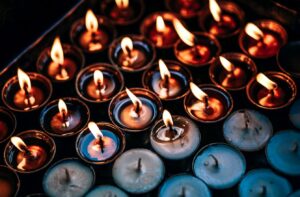 When it comes time to choose a casket, it is important to make sure that you know what you want. But for those of you who don’t, it is ok. Cremation services in Savage, MN will be so glad to help you with everything that you need. 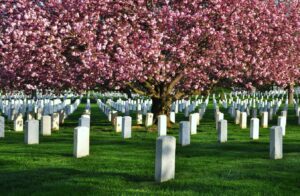 Making the grave of a loved one looks nice and complete is something that every family wants to do. The person you are burying means so much to you, and you want to do everything that you can to make sure that others know that. This is why there are flowers and decorations all over graves at a cemetery. But one way to show your love and respect for your loved one is to have a grave marker or a headstone. These sit at the top of your loved one’s grave and let people know who is buried there. If you have any questions about headstones or grave markers, you can contact cremation services in Chaska, MN. They would be so happy to help you.

What Are Headstones and Grave Markers?

A headstone is a decorative piece that sits at the top of a person’s grave. They are usually tall, can be made of different materials, and are inscribed with a person’s birthday, death date, and any other information that the family wants to add to it. Grave markers lay flat and level with the grass. They, too, include birthdates, death dates, and anything else that family members can think to add.

Types of Headstones and Grave Markers 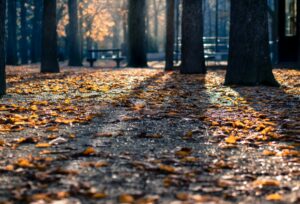 Do You Need a Headstone or Grave Marker?

This will mostly be decided by where you are burying your loved one. Some places may be fine with not having a headstone or grave marker on the grave, while others will want you to purchase one.

If you and your family are interested in learning more about grave markers and headstones, you can contact cremation services in Chaska, MN They would love to hear from you. They can help you find whatever information may need. 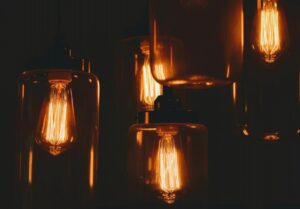 When it comes to funerals, people are accustomed to seeing a traditional funeral. A traditional funeral includes a wake, the funeral itself, and then the burial of the body. But there are different ways to go about burying a loved one. With more people wanting different options to choose from, this is a good thing! One of those forms of burial is cremation. Many people know about cremations and what they are, but they may not know their entire inner workings of them. They also may not know that there is more than one type of cremation that families can choose from when they are planning the funeral of their loved ones. If you and your family are thinking about having a cremation for a loved one, cremation services in Burnsville, MN can help you answer any of the questions you may have about cremation!

Cremation is the process of incinerating the body of a deceased person. To do this, the body is put into a casket that is easy to burn. It is usually made of cheap wood or cardboard. After the cremation process, the body is turned into ash. These ashes are then returned to the family of the deceased. At this point, they can do as they please with their loved one’s ashes.

What Are the Types of Cremation?

Cremation is usually a cheaper option than a traditional funeral. It all depends on which type of cremation you are choosing to have for your loved one. The options that involve embalming the body will cost more than the ones that don’t.

Is Cremation Right for Me?

Cremation is a great choice for anyone! It allows you to choose what you want to happen to the body of your loved one, while also being able to keep their ashes. It is something that plenty of people have chosen, and something plenty more people will decide to use.

There is a lot to know about cremation. If you would like to learn more about it, you can get in touch with cremation services in Burnsville, MN. 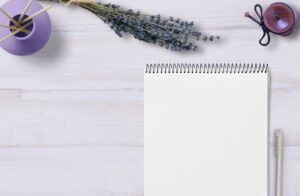 When it comes to a funeral, there are a lot of different steps that people need to focus on and make sure that they get correct. You want the event to be as good as possible so that you feel as though you are truly honoring the life of your loved one. While everyone may focus on the actual funeral itself, there are portions of the event that need to be focused on as well. One of those, and it may be one of the more important events, is that of the obituary. The obituary will help you to not only tell who the person that passed away was but there are usually important details about the funeral itself included. If you and your family are looking for help with writing an obituary, you can contact cremation services in Savage, MN.

What Is an Obituary?

An obituary is a written statement that allows the family of the deceased to speak about them and their life. They can add all the information that they want deceased, but in most cases, obituaries are meant to put the deceased in a good light. You can also add details about the funeral towards the end of the obituary.

What Should Be Included in an Obituary? 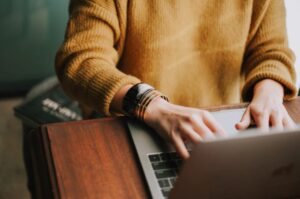 Obituaries do cost money. If you are planning on putting the obituary into the newspaper, you will have to pay. The price is usually determined by how big of an obituary you are wanting to place in the paper.

An obituary is a great way to write something personal about the life of your loved one. If you can write one, you should. If you need help doing so, you can contact cremation services in Savage, MN. 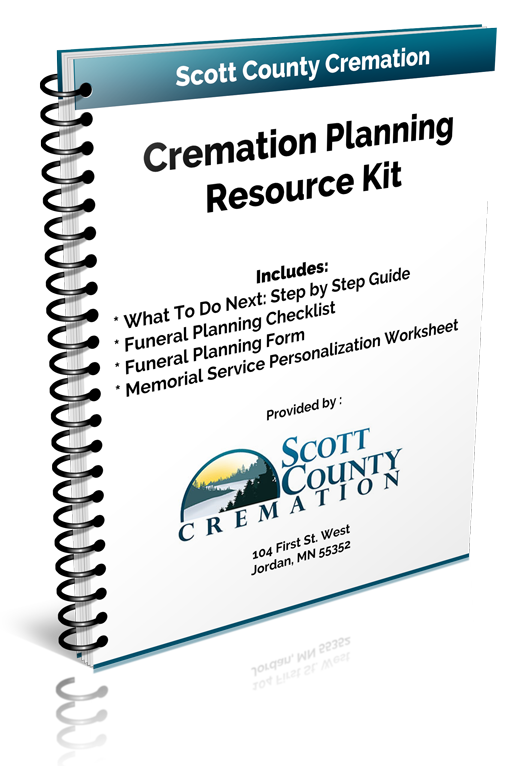